Alternatives to Google Maps on websites

For years I have been programming simple web pages using Google Maps: store locators, simple contact pages, and more advanced map filtering. In June 2018, Google decided to end free access to the Google Maps JavaScript API, requiring anyone who wishes to use the API to input their credit card information to be able to access the first 20,000 “page loads” of the API.

Google has made a number of questionable decisions lately regarding privacy, including this bait-and-switch with their Maps products, and sketchy new additions to Chrome 69, which I think will hurt them in the long run. I have decided to remove Google’s products (mostly maps and analytics) on any of my and my client’s sites due to privacy concerns and the general pain that has resulted from requiring a credit card number to use the maps service on small websites.

As such, I started researching alternatives to Google Maps and I’ve found two good options which I have started to implement on new projects which I find to be quite useful.

Here’s an example of an SVG map that was added to a small real estate website we recently built:

This map was designed by Toronto design agency Certo Creative, who provided me with the final SVG for the site.

Advantages of an SVG map:

Disadvantages of an SVG map:

If you use DuckDuckGo’s maps at all, you’ll notice that this is the setup they are using. OSM is free and open-source, and I find their data to be equally good or better than Google’s. Mapbox is simply a provider built on top of OSM data to give you a great degree of control over an OSM map, including colours, “layers”, and much more.

I encourage you to try using these alternatives in your projects and I think you’ll be pleasantly surprised! 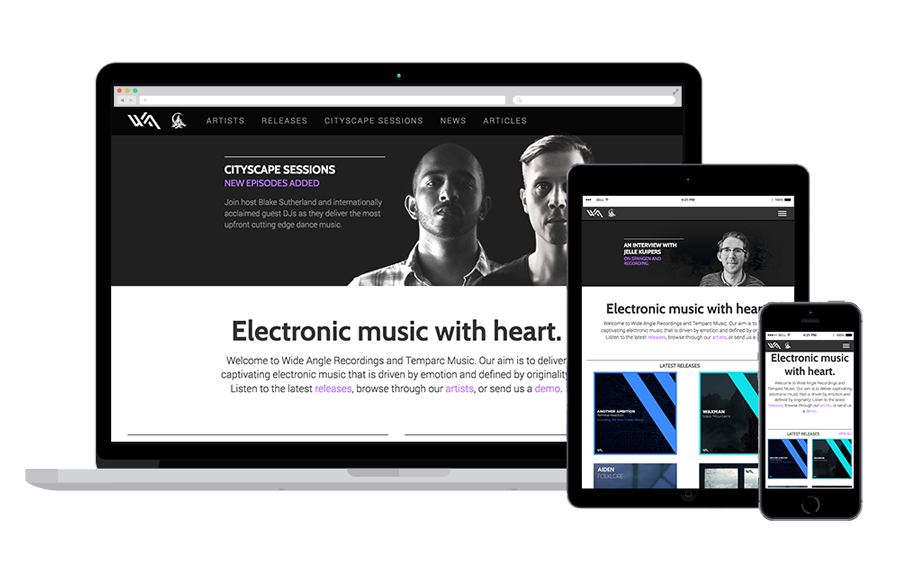 We specialize in websites and applications for small to medium sized businesses and non-profit organizations.

Custom websites tailored to your needs

Whether it's a simple static website, or complex CMS-based solution, having a site custom-built to suit your business needs is always a superior option compared to off-the-shelf themes or cheap templates. We work closely with clients to advise upon and deliver custom solutions individually tailored to the most ideal specifications for their project.

In 2016 it was estimated that over 26% of websites online are built on WordPress, making it the most widely used web platform in the world. With the popularity of WordPress has come powerful refinements to the platform to make it applicable to a wide variety of web projects, not just simple blogs.

Responsive and mobile websites that work across all devices

Mobile internet traffic has long surpassed that of desktop and laptop computers. Having a website that is optimized for mobile viewing and use is a must in the world of modern technology. We offer both mobile-specific sites and responsive solutions that work across all screen sizes, carefully tested along the way for maximum cross-device compatibility and support.

Have a larger project that requires user authentication, more complex functionality, or highly extendible and scalable features? Or a project that isn't necessarily a sensible fit for CMS-based sites like Wordpress, Magento, or Shopify? We work with the most up-to-date technologies to build fast and reliable applications from the ground up.

We offer a variety of maintenance packages and hourly maintenance work. Whether your site needs a new feature, plugin, or a general redesign we have you covered. Get in touch so we can have a look at your project and provide you with an estimate.

Domain name mapping is an essential part of any web project. All of our work includes this service but if you have additional DNS routing or issues you need help with we'd be more than happy to help you out.

Choosing the right type of hosting for your project is vital to your site's performance and maintainability. It's an important step to address long before you deploy your project to avoid future problems and costs with your web investment. We offer managed hosting packages or advice and help with choosing the right hosting provider(s) and getting your project up and running on a live server.

Browsing the web should be fast.

Website speed, page size, and load times are likely the most important factors in running an effective website. We offer a variety of solutions for speeding up slow websites from server configuration & caching to managing page sizes and code modifications.

Configuring your server, moving hosts, optimizing code and databases, reducing image sizes and using proper file formats, and enabling compression on your server are just some of the items we examine in getting your site to run more efficiently.

Your site's content is of equal importance to its functionality. Managing HTML, images, and copy to look good on all devices can be challenging with little knowledge of code. To get your online content looking as professional as possible across desktop, tablet, and mobile devices, we can input and manage the content on your site for you to make managing your site as fast and painless as possible.

Request a quote or reach out

Interested in working with us? Drop us a line including some information about your project and we'd be happy to get back to you with an estimate as soon as we can.